Clippers Historic Run Comes to an End, But There's a Lot to be Proud of and Take Away From it 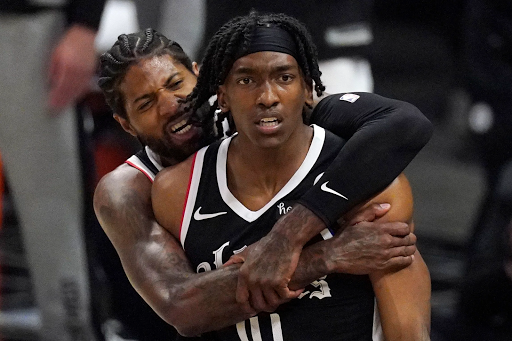 In a seemingly magical postseason run, the Clippers luck has run out once again. Well, it could be called luck, but hardly anything this team accomplished was lucky. The Clippers showed their true colors through their resilience to battle through many obstacles thrown their way. They found themselves down in multiple series with multiple players injured but battled back to fight adversity and find success. This year's Clipper team was special and it was a year unlike prior years.

Clipper fans have seen crazy in the recent decade. History was made this season as in the team's 51st season, they finally reached the Western Conference Finals. They were down 0-2 in their first 2 series, and came back and won in both (only team to do so in a playoff run). Even crazier, the Clippers had lost their superstar Kawhi Leonard and won a huge Game 5 in Utah thanks to 37 points by superstar Paul George and the next game... a 39-point explosion from Terance Mann as he propelled a Clipper comeback to clinch the team's first ever WCF after they were down 25 points in the 3rd quarter.

"Hopefully we can hold it down... our season is alive because of his shouldering of all the work he's done," said Paul George as he acknowledged the work Kawhi Leonard has done and that the team has to continue to perform while he's out. The Clippers found themselves down 0-2 once again, this time in the conference finals against the Phoenix Suns but came just short and fell to them in 6. It may be tough to go out on a loss, but there's a lot that the team and their fans should be proud of from this run. 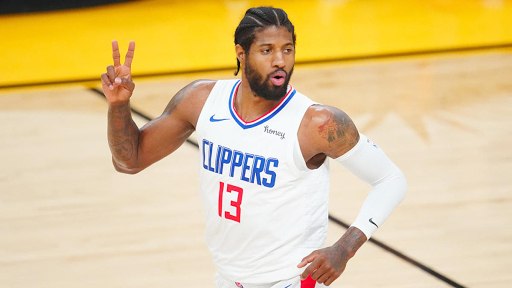 The Clippers could've backed down and quit. They were down 0-2 to the Mavericks and were down 30-11 in Game 3. They could've given up then and there but they didn't. Through fatigue and injuries, this team made the world known that they shouldn't be counted out. It's incredible to see how much the team battled, especially missing Leonard for the entirety of this most recent series and also weighing in the fatigue factor. The Clippers had played 15 games in 30 days of June, an absurd number, especially for a team with injuries already. Ty Lue mentioned how Paul George was "out of gas" but gave it his all and "left it all on the floor" which certainly showed as he averaged 29.6 PPG, 11 RPG, 5.6 APG on 44% FG in 41.6 MPG since Kawhi Leonard went out with his knee injury. George has played the most playoff minutes out of any player up to this date by over 120 minutes. Paul George, one of the most criticized players in the NBA, showed why he's a superstar and among the top players in the league with his incredible performances and leadership he displayed throughout the playoffs.

While PG did some of the work, others had to step up with the losses of Kawhi Leonard, Serge Ibaka, and eventually Ivica Zubac. Terance Mann certainly did as his incredible performance in Game 6 against Utah would now likely be known as 'The Terance Mann Game." Lue kept giving Mann a bigger role as the playoffs went on and he helped the team a lot. Nic Batum is another player that has stepped up all season and continued to do so in the playoffs. Batum's ability to guard any position was key for the Clippers in this playoffs and his high IQ was something of a gem that the Clippers were able to utilize. Batum finished the playoffs at an incredible +135 in plus/minus, the highest of any player. Patrick Beverley provided tremendous defense on Donovan Mitchell and Devin Booker throughout the entirety of both series which helped the Clippers a ton. He was also able to do some good damage on offense too. Demarcus Cousins was also inserted into games once Ivica Zubac was out and he provided some scoring, along with Marcus Morris Sr. who stepped up big in the Clips' Game 5 victories in both Utah and Phoenix. Reggie Jackson however, was likely the biggest Clipper that stepped up besides PG. Jackson was tremendous throughout the whole playoff run averaging just under 18 points on about 48% shooting from the field and about 41% shooting from 3. Jackson's incredible post-season performance has earned him many good opportunities for a big pay day as he enters free agency this offseason. 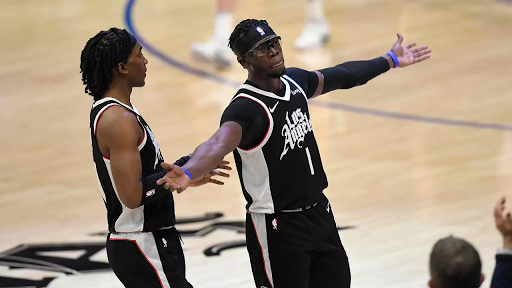 The wild journey the Clippers took showed as the players praised it after the season came to a close last night. "I'm extremely proud of this team, it sucks that it was cut short of our ultimate goal this year of winning a championship, but couldn't be prouder," said Reggie Jackson. Jackson, who was tearing up in the postgame presser, mentioned how he was saved by this team/organization and how he'll ride with those guys who rode with him. He also said, "I'm not here today without this team" and that this has been a special year and has a special place in his heart. It's evident that this Clipper team was very special and a unique group, which is why it'll be tough for players and fans to break this team up.

“First thing I told those guys is Thank you for saving me.”

Reggie Jackson let out all the emotions after the game 🙏

With the Clippers season coming to an end, it begins to raise some questions about the future of the franchise in the offseason. The team will be losing their assistant coach Chauncey Billups to a head coaching job with Portland. Kawhi Leonard is obviously the big name the Clippers would need back. Leonard, who currently has a player option, is expected to opt out of his current contract as it'll set him up to sign an even bigger contract, but that doesn't mean he'll leave... or stay. As of now, it's too early to tell what Leonard will do, along with Jackson and the others. Jackson is likely going to receive a big contract as a result of his recent play, and Nic Batum will likely get a bigger contract as well. Jackson and Batum finished their contracts making the minimum with the Clippers... yes, they made the minimum and were both huge for the team. Serge Ibaka has a player option, and Patrick Patterson and Demarcus Cousins are unrestricted free agents, while Amir Coffey is a restricted free agent. It's a bit too early to look that far ahead in free agency but just remember, anything can happen. That was definitely the case with this year's Clippers team who will go down as the greatest team in franchise history and one of the most resilient teams in NBA history. 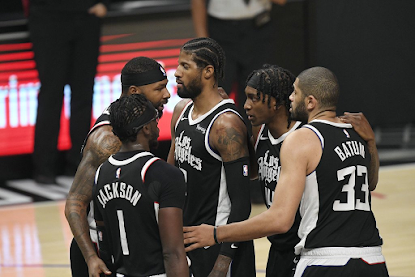 Posted by Griffin Greenberg at 2:44 PM No comments: