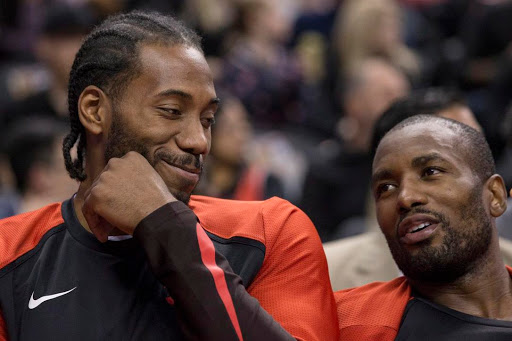 After uncertainty in the NBA world regarding which team notable free agent Serge Ibaka would sign with, the Clippers ended up securing him on a two year deal (with the 2nd year being a player option) worth $19 million. This is a great pickup for the Clippers as they headed into the offseason looking for a good big man and ended up getting the best realistic option in free agency that they could've got.

Ibaka is a player that can do it all on both sides of the court. Last season with Toronto, he averaged a career high 15.4 PPG along with 8.2 RPG and shot almost 39% from three. While his shot blocking has declined a bit over the years, he is still known as a good defender. The 7 footer (yes, he's 7 feet tall and can shoot) gives the Clippers that height that they desperately needed last year when the playoffs came around. With the loss of both Montrezl Harrell (Lakers) and JaMychal Green (Nuggets), Ibaka will likely fill role of Harrell at the backup Center spot. As far as replacing Green, the Clippers re-signed Marcus Morris who will likely play even more at PF to fill in for Green or could even sign his brother Markieff or acquire another big man to replace Green which was a big loss for the Clippers.

Ibaka was also rumored to go to the Brooklyn Nets and was offered a 1 year, $12 million deal to return to Toronto but turned that down. It would make sense if it were said that Kawhi Leonard had an influence on Ibaka to come to the Clippers as they had won a championship on the Raptors in 2019. Also, Ibaka looks to be a better option than Harrell for the Clippers. In the playoffs just months ago, the Clippers lacked size and had defensive troubles when Ivica Zubac came off of the court and Harrell was the main reason for that being an undersized center. Ibaka gives the Clippers that upgrade at backup center as he is just as tall as Zubac, can shoot outside, rebound well, and gives the opportunity for the Clippers to insert a big lineup if they ever wanted to play him at PF and Zubac at C or even not have to worry about sizing matchups if Zubac were to get in foul trouble or injured. As we are down to exactly 1 month before the season kicks off, we may see the Clippers make a move or two to complete their team but just know, they filled their main concern at the center position with the acquisition of Serge Ibaka.

Posted by Griffin Greenberg at 6:06 PM No comments:

Exploring the Options that The Clippers Have for the Offseason

With multiple trades being made already in the NBA offseason such as Chris Paul to the Phoenix Suns and Jrue Holiday to the Milwaukee Bucks, the Los Angeles Clippers are yet to make noise since the moratorium period was lifted on Monday. It was said that they would acquire a big named point guard in Paul or Holiday but since they have found new homes, the Clippers have to look elsewhere at the positions they need. 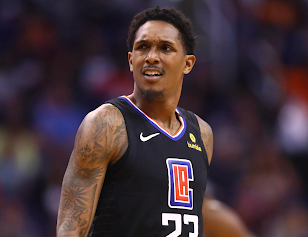 With the Clippers season ending in a disappointing fashion where the Nuggets overcame a 3-1 deficit and beat them, it became clear to the front office that there were a few tweaks to be made. The first ones came with coaching as Doc Rivers and the Clippers parted ways. As Rivers left, Clippers Assistant Coach Sam Cassell went with him to the 76ers and Rex Kalamian went to the Kings which caused the organization to shake up the whole coaching staff. The Clippers promoted Tyronn Lue to Head Coach and hired Dan Craig (a high profiled assistant who had multiple opportunities to become a head coach for this-coming season), Kenny Atkinson (who coached the Nets for the last 4 seasons), Chauncey Billups (an NBA champion who played 16 years in the league and most recently was a color commentator for the Clippers and an ESPN analyst), Larry Drew (who has been an NBA coach for 28 years and played in the league for 10 years), Roy Rogers (an assistant coach for 12 years), and even more hires for the organization.

As the Clippers formed a very good coaching staff, it is expected that they are looking towards acquiring more assets for this-coming season. It was said that Chris Paul was interested in rejoining the Clippers but he ended up being traded to Phoenix and Jrue Holiday was another good option but the Bucks acquired him. Dennis Schröder was another solid point guard option (that many thought wouldn't be dealt) but he was traded to the Lakers for the 28th pick and Danny Green (who was then traded along with Terrance Ferguson for Al Horford, the rights to Vasilije Micic and 2 picks). With those players off the board, Rajon Rondo, Russell Westbrook, and Kris Dunn are some names that have been brought up. Acquiring Westbrook is unlikely as the team would have to give up a good amount or Paul George and it seems like PG will stay in LA. Rondo is a different story as he is expected to receive a more lucrative offer from the Hawks than the Clippers can give him, but is reportedly still interested in playing the Clippers. Dunn isn't being issued a qualifying offer from Chicago and is another possibility. This past season, Westbrook averaged 27.2 points points per game, 7.9 rebounds, 7 assists, shot 47% from the field but only 26% from three. Rondo averaged 7.1 points per game, 5 assists, shot 42% from the field and 33% from three while playing 48 games and only starting in 3 of them but did increase those stats during the playoffs a bit. Dunn averaged 7.3 points, 3.6 rebounds, 3.4 assists, and 2 steals per game while shooting 44% from the field and only 26% from three. These players do have some shooting inconsistencies, so there are other options the Clippers should explore.

With the Pelicans shipping away some of their point guards, the Clippers may want to take a look at them. Those point guards are George Hill and Eric Bledsoe who could each be a good fit with the Clippers. Some other players the Clippers could go for are Derrick Rose or Jeff Teague in free agency. Along with a point guard, the Clippers also need a solid big man to back up Ivica Zubac. It is expected that Montrezl Harrell leaves in free agency, and even if the Clippers are able to bring back JaMychal Green and Marcus Morris, they still need another big. The best free agent options for that role would be Serge Ibaka and some other options include Nerlens Noel, Aron Baynes, and Tristian Thompson but it is unclear what the Clippers would really do. In today's draft, the Clippers have the 57th pick of the draft but it has been rumored that they might trade up. One rumor is Lou Williams to the Mavericks for the 18th pick but it seems as if that trade isn't getting far as the Mavericks are talking to other teams for that pick.

While there are many scenarios that have been thrown into NBA offseason conversations for the Clippers, we still aren't sure what they will really do. Since Jerry West joined the organization, the Clippers have been 'silent but deadly' in the offseason meaning nothing in the front office is leaked to the media but there are many notable moves (such as acquiring Kawhi Leonard last season after being "ruled out" and trading for Paul George). While the clock is ticking, we'll just have to wait and see what tricks Michael Winger, Jerry West, and Lawrence Frank have up their sleeves.

Posted by Griffin Greenberg at 2:47 PM No comments: